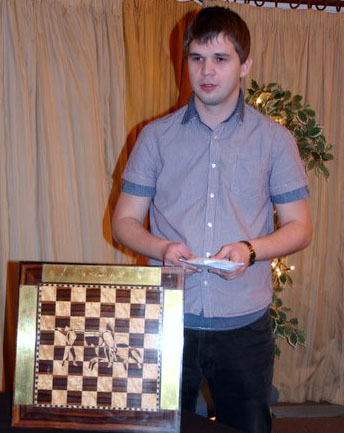 This 28 year old Russian grandmaster has died at the tragically young age of 28 in a car crash. He won the Hastings Masters 2008-9 on his only appearance in England with 7.5/9. His last success was the 20th Abu Dhabi Masters which he won on tiebreak with 6.5/9.

At the time of his death he was rated 2662 and ranked 84th in the world you can see his fiery win against GM Marat Dzumaev in just 15 moves in the 2nd Agzamov Memorial – http://www.chessgames.com/perl/chessgame?gid=1508122.

The chess games of such a player are his legacy. Our condolences to his family and many chess friends.